How to Get Rid of Bloatware on Your Phone 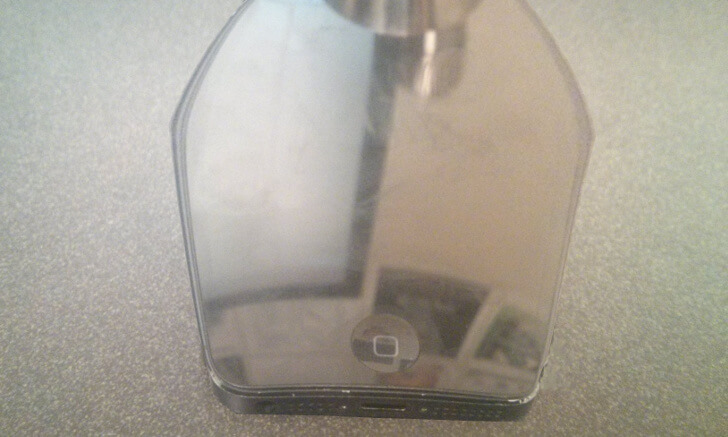 Your smartphone may be packed with useless, unwanted programs and apps which are slowing down its performance. There are a few tricks to getting rid of bloatware and getting the most out of your smartphone battery and processor.

In short, bloatware is any program or app which you don’t use frequently and is not required for your phone to work properly.

Bloatware can be separated into two categories: apps which come with the phone and apps which you have installed.

Pre-Installed Apps: Most smartphones are sold with lots of pre-installed apps. Some prove to be invaluable while others sit on your home screen and stay unused, taking up valuable processing and battery power. Unfortunately pre-installed apps can only be removed through rooting or jailbreaking, and doing so may cause your phone to stop working properly or break entirely.

User-Installed Apps: Apps which you have downloaded for one-time use or don’t use frequently which affect your phone’s performance.

The next step is to decide which apps to remove.

Checking how various apps use your phone’s power and battery is easy. How you check depends on your device. We’ll cover some of the most popular phones, but if you have an older model or operating system you can look online for instructions on how to check power and RAM usage, or you may need to download a third-party app.

The third-party performance-monitoring app you should use depends on your personal preference. Do some research and read a few user reviews to find one which is right for you.

Android smartphones such as Samsungs, LGs, HTCs, and Motorolas with recent versions of the Android Operating System come with built in tools to check how apps affect phone performance.

Blackberry users will need to install a third-party app to check how apps affect their phones.

The latest iPhone operating system, iOS 8, ships with a battery usage monitor, although you will need to download a third-part app to see how much RAM your apps use.

To Check Battery Usage on an Android phone:

Open up your phone’s Settings app.

The Battery screen will show you a list of apps which are using your battery. You can scroll through them and see which ones are essential phone processes and which ones are not.

Tap one of your apps to see detailed stats on how much battery it uses.

To monitor battery usage on an iPhone:

Go into the Settings menu.

Scroll down to until you see a list of apps and how much each app uses the iPhone’s battery over the last 24 hrs. or 7 days.

To track RAM usage on an Android phone:

Switch to the Running tab by swiping through tabs.

If you have an app which you use infrequently but you notice it is always running, it might be time to get rid of it.

To check how much RAM apps are using on an iPhone you’ll need to download a third-party app.

Delete or Uninstall Apps Which You Don’t Need

Uninstalling apps depends on whether you have an Android phone, iPhone, or other device. Search online for instructions if you can’t find out how to uninstall apps on your device.

Tap and hold an app then drag it to the top of the screen where a garbage can icon will appear.

You will get a message asking you to confirm the uninstall.

How to delete apps from iPhones:

Start at your Home Screen and pick the app you would like to delete.

Tap the app icon and hold it until the apps start shaking. An X should appear in the top corner. Tap the X and the selected app will be deleted.

Note that Apple apps which ship with the iPhone cannot be deleted. If an X does not appear, it means you can’t remove the app. The only way to get rid of one of these apps is to jailbreak the phone, but be careful if you do because you may end up deleting something which the phone needs to run properly.

Your phone will come with different pre-installed apps depending on the manufacturer, and some pack in more than others. As mentioned earlier, there is nothing you can do to remove these apps unless you root your phone, or jailbreak it if it’s an iPhone. iPhones also allow you to hide pre-installed apps so you can get the really annoying ones out of sight.

The best way to avoid pre-installed bloatware is to buy a phone which has few apps or apps which are actually useful.

Here is an overview of the most popular smartphones and how they rate when it comes to pre-installed apps to help you determine whether your phone has a problem with bloatware.

Samsung: Samsung have a reputation for shipping phones with lots of useless bloatware, so if you have a Samsung phone you may want to remove some of your less used apps.

HTC: Like most Android phones HTC phones come with pre-installed apps, although many of them can come in handy.

Nexus: - Nexus phones use a minimalistic version of Android and come with a minimal amount of bloatware.

iPhone: iPhones come with their fair share of pre-installed apps although many people find them useful.

Motorola: Like HTC phones, Motorola phones come with some apps but not enough to cause serious performance issues.

LG: LG smartphones ship with pre-installed apps, although it is rumored that LG is testing bloatware removal features for LG smartphones.

Be Careful Which Apps and Programs You Remove

While removing unwanted apps and programs to get a fast and bloat-free phone sounds like a great idea you should be cautious of what you remove, especially if you are rooting or jailbreaking. If you accidentally delete a crucial program you will end up with a useless phone.

You won’t have to worry about breaking your phone if you don’t remove any pre-installed apps.

To be on the safe side you can check online for lists of apps and programs which are safe to delete based on your phone and operating system.